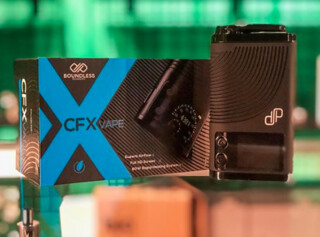 There are many reasons for people to get into vaping. It is a technological breakthrough and trend that has changed the smoking landscape. Many people have picked up on vaping and completely let go of smoking, while others continue to do both. It is the versatility and benefits of vaping that make it so appealing to many.

Going back to thousands of years in human history, vaping, with its ancient equivalent of vaporizing, was performed by the Egyptians according to Herodotus. They took the vapor from herbs and oils by using hot stones and water. This practice was replicated by many cultures all throughout ancient times across the world.

The reasons for people to get into vaping vary from person to person. Most have found it as an alternative to smoking, often using vapes to curb their reliance on cigarettes. Others vape as a break from smoking and what they get is the enjoyment of the refreshing flavors and soothing feel of vapor instead of smoke. People also get into vaping for recreational purposes.

Take the time to learn about the three basic kinds of vapes and vaping liquids before your purchase. Consider your needs and reasons for getting into vaping, as well as your budget and your lifestyle.

The first kind of vaping device is known as the e-cigarette. They are also called cig-a-likes. They were first brought onto the market in the early 2000s by Hon Lik, a Chinese pharmacist. Hon Lik, through the help of his employer Dragonite International, released the first line of e-cigarettes on the European market.

E-cigarettes started it big in Europe and slowly made its way into American markets in 2007. Many cig-a-like designs have come and gone, but the simplicity of e-cigarettes still remains one of the best choices for new people trying to get into vaping.

Being very small and discrete, looking like an actual cigarette, cig-a-likes use a small setup that is comprised of a cartomizer and a battery. The cartomizer is responsible for heating and converting the liquid and flavor into vapors for the user’s hit. It also has no buttons to worry about, making the experience straightforward.

Cig-a-likes are either single-use or refillable devices. Single-use e-cigarettes are disposed of after the battery and flavor runs out. Refillable ones can have liquids be deposited into the cartomizer to continue vaping.

The reason why people use e-cigarettes mostly revolve around its convenience and simplicity of use. If you are trying to quit smoking, cig-a-likes are a good way to go. Their shapes and forms are physically the same as that of a cigarette, so they may help ease the user into the quitting process. Also, they are one of the more affordable types of vapes.

Cons of a Cig-a-Like

One of its downsides, though, is its low cloud production, given how small the device is compared to other vapes. Also, it is incapable of getting much of the flavor found in the liquid loaded into its cartridge. In the long run, cig-a-likes are going to cost you more if you decide to delve deeper and longer into vaping.

Up next are vape pens and box mods. These are more developed forms of vaping devices that use the same principles found in the e-cigarette. Vape pens and box mods still use a cartomizer and atomizer, and are also accessible to beginners in the vaping community.

Vape pens improved on the cig-a-likes’ design, growing in size and adding more functionality. They are bigger and now feature screen displays, rechargeable batteries, some temperature and airflow controls, as well as a firing button. Vape pens are no longer disposable and are also quite easy to handle, perfect for people who are new to vaping or those looking for a low maintenance vaping device.

The larger size, because of the battery found in vape pens, lends itself to longer vaping sessions when compared to using cig-a-likes. The emphasis on more robust parts also allow the vape pen to draw more flavor from the liquids used. There is also more cloud production when vaping using vape pens, a feature that many users want in their device.

Box mods are essentially vape pens that have more pronounced parts. It features replaceable batteries, a user interface and screen that displays more information, additional controls for temperature, wattage and voltage, and more.

The features found in box mods are afforded by their larger size. No longer as easy to handle or carry as the vape pen, they offer the same benefits when compared to the cig-a-like. But for the true connoisseur who is willing to invest more time and effort in their vaping experience, vape pens and box mods might not satisfy their preference in terms of customizability.

If you have been vaping for a while and you have found that the atomizers in most vape pens or box mods don’t provide the hit you desire, mechanical mods might be for you. These come in a variety of shapes and sizes, and are essentially just custom-built atomizers attached to a battery.

Vaping, for many longtime enthusiasts, becomes a personal experience, and a user’s taste in hits may grow and change as time goes by. Those with the technical know-how can opt to go for a mechanical mod. Savvy vapers can create their own atomizer, attach it to a battery and tweak the settings as they go.

Tweaking Is Not for Everyone

Creating your own mod and tweaking everything may not be for everyone. Some people who have been vaping for a long time still use vape pens and box mods, finding it difficult to keep up with the technical demands of mechanical mods. The whole endeavor could become costly, as well, because there might be a lot of trials and errors to start with.

When you do choose your vaping device, you will now have to consider your choice of liquid. There is, almost literally, a flavor of liquid for every taste or smell you can think of. The main difference will only come from their nicotine levels and composition.

Nicotine levels in vaping liquids vary from 0% to 12% with the highest being for those who are looking to substitute vapes for cigarettes. The 0% liquids are for casual and recreational users. Lower levels, like 3%, are for people trying to quit smoking.

Vaping liquids are composed mostly of two additives: propelyn glycol and vegetable glycerin. Liquids have these two additives in their formulas, but the composition and ratio will affect the taste and feel of the vape’s hit.

Propelyn glycol liquids have a thinner consistency like that of water. They burn much faster, which means you will end up using more of this liquid. It is very moist, and hits strong towards the back of the throat. The potential for allergic reactions are slightly higher in propelyn glycol liquids, as well.

Vegetable glycerin liquids, on the other hand, are thick and sweet. They tend to get gunky and leave traces when used for long periods of time. The main upsides in using this type of liquid are its high cloud production and smoother, stronger flavors.

As a person looking to get into vaping, the choice of device to start with is easy. But the more time you spend vaping, you will yearn for more variety and personalization in your vapes.

Discover a variety of e-cigarettes, vape pens, box mods, liquids of all flavors, and much more. Start your vaping journey at Papa Joe’s Smoke Shop, where everybody smokes happy! Visit us today!